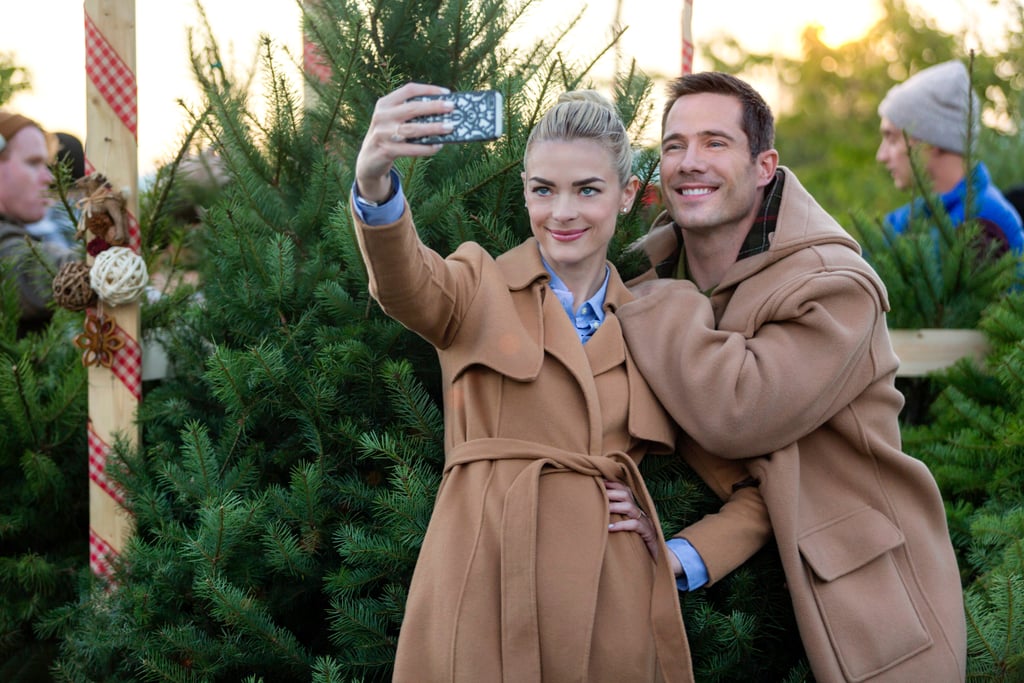 Format Reviewed:  live-action film, on DVD
Runtime:  1 hour and 24 minutes
Availability:
As of December 4, 2021, a few, secondhand and/or perhaps pirated copies of this film, on DVD, are available, online, for approximately $20 U.S. Dollars.
Does this adaptation include the phrase "God bless us...?"
No.
Is this adaptation reverent?
No, this adaptation is not particularly reverent.

Does this adaptation mention "God" or "Christ"?
No.
What does my wife think of this adaptation?
She thinks it's "cute" and "unobjectionable," and she "really like[s] it."
Where and when does this adaptation take place?
The northeastern U.S.A., circa 2015... There is no indication, in this film, which city or State is the primary location. However, four of the principal characters go to a "local" television broadcasting station identified as a fictitious WKJS (not to be confused with WKJX, in Elizabeth City, North Carolina), which indicates that their location is in the U.S.A., and east of the Mississippi River, because stations west of the Mississippi River begin with the letter "K." For example, KSL is located in Salt Lake City, Utah. These and other  characters participate in an annual snowman-making contest outside in the snow, and heavy snowfall seems to be common in the area, so it is probably a northeastern State, such as New York, but not New York City, since some of the characters fly, from the primary location, to New York City, for an annual, company Christmas party.
What language and/or dialects are used?
American English

How closely does this adaptation follow the original novel, by Charles Dickens?
This adaptation does not follow the original novel very closely. It could be argued that there are two "Scrooges," in this adaptation:  Elise Donnor and Nick. They form a club of two for "Christmas phobes." However, Elise is not really a "Scrooge"; she loves Christmas, and identifies herself as "one hundred percent Tiny Tim," but Christmas has been painful for her since her divorce four years "ago." Her ex-husband, Dan (played by Lochlyn Munro) was her partner in a travel agency which she founded before their marriage, and he remains her partner, but Dan is constantly trying to persuade her to sell him her stock in their company so that he can own and operate it by himself. It could be argued that he is a "Scrooge," which he is, but, in my opinion, he is not "the Scrooge."

I consider Nick to be "the Scrooge." He, like Elise, finds Christmas painful, but he is the one who mentions three "ghosts" of Christmas in his past, and he seems to have given up on Christmas altogether, whereas Elise is the one who shows him how to enjoy it again.

None of the "ghosts" of Christmas in this film are ghosts or people; instead, they are all past experiences in Nick's life, which, understandably, led him to dread Christmas. He reveals these "ghosts" to Elise one at a time throughout the film.

The first and most recent "ghost," which he reveals, is that he was fired near Christmas, and blackballed by his previous employer (a law firm), because he questioned a senior partner's practice of illegally overlooking conflicts of interests.

The second and earliest "ghost," which Nick reveals, is the occasion, near Christmas, when his father abandoned him and his mother, when he was six years old. This occasion was followed up with a stepfather who put him in a boarding school, like Scrooge's father put Scrooge in a boarding school.

The third "ghost," which Nick reveals, which occurred between being abandoned by his father, and being fired and blackballed by his previous employer, was on what would have been his wedding day, if his bride hadn't "stood him up at the altar," to flee with her father, instead of saying "I do."

Although she identifies herself as "one hundred percent Tiny Tim," Elise is more like Marley - a business partner who dreads Christmas like Nick, but who shows him the error of his ways.
Is this adaptation a prequel or a sequel?
No.

Is this adaptation supernatural?
No.

Is this adaptation "framed"?
No.
Is this adaptation a musical?
No.
What songs and/or dances are included?
Music by Russ Howard III... Carolers at a food court, in the mall where Elise goes to eat wonton soup, go from table to table, singing for the guests, accompanied by a guitar. Their repertoire includes "Jingle Bells," "We Wish You a Merry Christmas," and "Deck the Halls."

How attractive and effective is the visual art?
The set, wardrobe, and art are adequate. Wherever I'm "at," in the film, I feel as if I were there.

How creative and intense are the transitions, especially when "the Scrooge" is taken from one time and/or place to another?
The transitions are adequate. I would have liked to see more flashbacks, especially to Nick's negative, Christmas experiences.
What aerial and/or nap-of-the-earth footage is included?
There is some excellent stock footage of New York City, as seen from above, which is presented as if it were the view from Elise's hotel room.
What use is made of background extras?
Adequate use is made of background extras. There are plenty of people at the offices where Elise and Nick work, as well as at the parties they attend.
What is the most remarkable thing about this adaptation?
The most remarkable thing about this adaptation is, perhaps, that the "ghosts" of Christmas are experiences, rather than individual ghosts or people. Furthermore, I am a fan of Jaime King, especially since I almost met her in San Juan, Puerto Rico, so I was delighted to find an adaptation of A Christmas Carol in which she played a starring role. As far as I'm concerned, this is the "James King Adaptation."