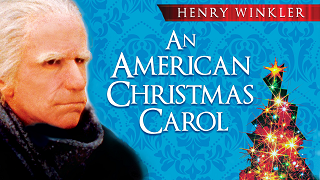 Copies of this film on DVD are for sale online, for approximately $10 U.S. Dollars.

This film has also been released on BluRay.

Is this adaptation reverent?

Yes, this adaptation is somewhat reverent.

The Ghost of Christmas Past also claims that he used to play a horn when walls fell, implying that he was Joshua (or with Joshua) when the walls around Jericho fell (see Joshua 6:1–27).

Does this adaptation mention "God" or "Christ"?  Yes.

Does this adaptation include the phrase "God bless us"?  No.

What does my wife think of it?

She didn't like it the first time she saw it.  She thinks Henry Winkler looks like Dr. Phibes, which gives her the creeps. But after watching it again, in January of 2021, she finds she likes it.

When and where does this adaptation take place?

This adaptation takes place in Concord, in Merrimack County, New Hampshire, on Christmas Eve and Christmas Day, 1933.  It also shows scenes from 1893 and 1917. Mention is made of U.S. Presidents Herbert Hoover and Franklin D. Roosevelt.

What language and/or dialects are used?  American English.

How closely does this adaptation follow the original novel, by Charles Dickens?

This adaptation recreates the general story line of the novel, with different characters (Benedict Slade, instead of Ebenezer Scrooge, for example).

Mr. Slade has an employee, named Mr. Thatcher, whom he fires, on Christmas Eve, after having him help repossess the possessions of several people.  Mr. Thatcher has a son, named Tim, who uses crutches, and has a disease.

After Mr. Slade fires Mr. Thatcher, the ghost of his deceased partner, Jack Latham, appears to him, and tells him that he will receive visitations from three other ghosts.

The Ghosts of Christmas Past, Present, and Future appear to Mr. Slade; they resemble three men whose belongings Mr. Slade repossessed that day.

After seeing the visions they show him, Mr. Slade wakes up on Christmas Morning, a changed man.  He gives Tim tickets for a journey across North America and the Pacific Ocean, to visit a doctor, in Australia, whom he believes will heal him.

Mr. Slade also rehires Mr. Thatcher, and promotes him.  He then takes Mr. Thatcher around to give back the property they'd repossessed the day before.

Finally, Mr. Slade goes to the orphanage where he was adopted, and adopts another boy, and takes him in the way his foster parents had taken him in when he was a boy.

Is this adaptation supernatural?

Yes, this adaptation is supernatural, featuring ghosts and time travel.

Is this adaptation a musical?  No.

What songs and/or dances are included?

There is a ragtime animal dance that Henry Winkler and Susan Hogan perform, in which they place their hands under their armpits to form wings, and repeatedly peck at the air on opposite, alternating sides of each other's heads, as if they were birds.

Early in the film, a young man leads a choir of orphaned boys around town, singing carols and asking for donations. This young man is played by Michael Wincott in one of his earliest roles - years before he played Moxica, in 1492 (1992); Top Dollar in The Crow (1994); or Dorleac, in The Count of Monte Cristo (2002).

How attractive and effective is the visual art? 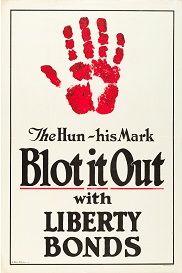 The set, wardrobe, architecture, and art are good.  It includes old furniture and furnishing, such as a pot-bellied stove and a radio, as well as a historic, World War I poster, from 1917.

The transitions are adequate.

What aerial and/or nap-of-the-earth footage is included?

I don't remember any... Of greater interest are the historical items in this period drama.

What use is made of background extras?

Effective use of background extras is made. For example, when the boys' choir is seen caroling, the streets seem to be filled with last-minute shoppers, as might be expected in a commercial district on Christmas Eve. Also, numerous unemployed men appear outside the Alden Granite Company where they lost their jobs. There are also several parties, at which there seem to be plenty of people.

The transitions are effective.

What is the most remarkable thing about this adaptation?

The most remarkable thing about this adaptation is, perhaps, seeing Henry Winkler 1) in a role other than "the Fonz" on "Happy Days," and 2) old, which doesn't work for me, after all of the hours I spent watching "Happy Days."  Henry Winkler will always be "the Fonz" to me.

What extras are included on the DVD?

The DVD includes a featurette, which is an interview with Henry Winkler, in which he mentions the year 2013.

Posted by William Mortensen Vaughan at Sunday, December 27, 2020 No comments: